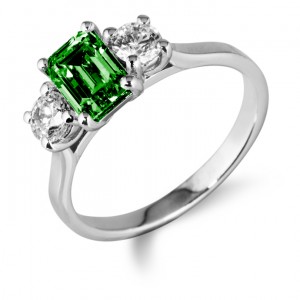 Every four years men get to take a well-deserved break. This has been decreed by the catch-up time negotiated between the earth and the sun as they waltz around each other at a safe difference. Obviously, during this period they have stepped off the beat and now must add a day to keep the earth’s calendars in line with the universe. This day will give some men the golden opportunity to answer rather than ask; stand instead of kneel; be entertained instead of being the entertainer. Yes, it’s leap year and women on a mission to do things differently can have their big chance. They have, for some time, been auditioning the best for destiny’s starring role. Now it’s time to find out if their man wants the part.

In preparation they will have to concoct a plan. No signals of intent must be visible. The female communication system, some men would say (OK, most men. OK, OK, all men), can be, sometimes, difficult to fathom. In this case it must be impossible. Under the radar they will have to organize a time and a place, a position- on one knee, perhaps. They will, also, have to have rehearsed the question “will you…?” But before the big question there may be a short speech:

“ we have been together three years, eleven months and one day now…” “I have always known…” I can’t believe I’m doing this!” “You’d better say yes!”

Every lady in that situation wants a straightforward answer – that one syllable word that will create the future of her lives together.

In the traditional scenario the man may have considered an engagement ring to decorate the moment. But women, what would you consider? Do you think it’s time for men to wear a type of engagement ring to signify that they have been on bended knee and have made a lifetime commitment? They have, for many years, been very happy to wear wedding rings. If a leap year means strange and new things should happen, is it time for jewellery designers to start creating ‘Mengagement rings?

Miley ‘Climbs’ to the Next Stage, With a Beautiful Engagement Ring »